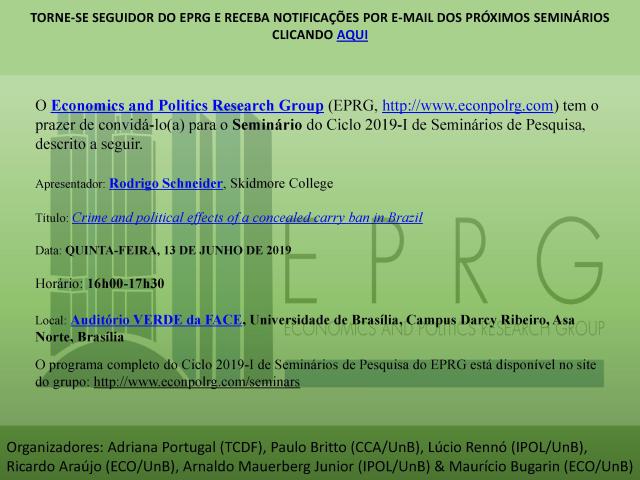 Título: Crime and political effects of a concealed carry ban in Brazil